It’s a common question, but it’s one I don’t like: What does that Greek word really mean? (You can substitute Hebrew or Aramaic for Greek.)

The basic problem is the assumption that a word “really” means anything specific. Underlying this is a tendency to think that one discovers the meaning of a communication by mentally finding the meaning of the individual words and then adding them together. Language isn’t that simple.

In English, we see this in appeals to the dictionary when word meanings are concerned. “The dictionary says that word means ____, so that’s it.” I have encountered great frustration when I don’t find that the final answer. But the way we use dictionary definitions can help us with understanding definitions in biblical languages.

A look in the dictionary will help at this point. You’ll notice that the definitions of words come in groups, and that there are multiple possibilities. If you have definitions 1, 2, and 3, which one applies to your particular case? I’ve seen angry debates occur because the participants were using a different, valid definition for a particular word. Valid, that is, apart from the particular context.

How do you know which one to use? The answer is context. Your dictionary is not written as a form of sacred writ, derived from some mountaintop revelation and delivered on unalterable tablets. Lexicographers study the ways in which words and used and then develop definitions that reflect those uses. The meaning is determined by the way words are used. Even what words get the official status of being in the dictionary is determined by usage. Who uses them? Where? Are they slang, or have they become part of mainstream languages. Lexicographers debate this sort of things, sometimes quite vigorously.

Now you need to avoid the reverse problem. This doesn’t mean that words can mean whatever you want them to. Well, they can, but not if you want to be able to communicate with someone else. Language is social, which is why lexicographers look at the way people use the words.

Words in the Bible behave as words do anywhere else. While we may debate the working of inspiration in the choosing of the words, it is clear that they are there to communicate with humans. These words function as human language.

So when I’m asked what a Hebrew or Greek word “really” means, I need to know where it is in the text so I can ask who is using it, when it is used, and what the various elements of context are. The Bible was written and transmitted over many centuries. If we take the oldest suggested dates for elements of the text, this history covers more than a millenium and a half. Many of those dates are debatable, but the time period is fairly long. Try reading something written in English in the 15th century CE (make sure it hasn’t had its language updated) and see how hard it can be to understand. Then be aware that the biblical languages underwent similar changes over time.

One way we learn how to guess and then remember words is etymology. A word is derived from one or more other words, and we combine the meanings to determine what the word means in its current form.

This procedure is helpful in guessing the meaning of a new word and in remembering meaning, but it doesn’t determine the meaning. That is because words develop in meaning as they are used. A favorite of New Testament teachers is the Greek ekklesia, which is derived from the words for “out” and “called.” I don’t intend to run through the history here, but that meaning is at best very doubtful for uses in the New Testament. The word has developed in meaning, and now refers to the gathering of believers.

Another technique that has been applied to that particular word is a search for historical meanings. An ekklesia could, historically, be a legislative assembly, but there is no evidence of this usage in the New Testament. My point here is not to develop a “correct” interpretation of this word, but rather to point out that such a result must ultimately result from reading the texts of the church that use the term.

What can a word study do for understanding the text in that case? Is it a waste of time?

Hardly! It is no more a waste of time than lexicography is. What word studies can do is discover the range of meanings a word may have. A good word study would find different contexts, different categories of use, and appropriate examples. That’s one of the differences between a good dictionary or lexicon and a vocabulary guide.

Strong’s concordance, for example, is a vocabulary guide. (With questionable content in many cases.) It provides a general survey of the English words used to translate a particular term in a particular Bible version, not a good range of definitions. It’s a challenging tool to use for word studies. A good Bible app with search, or a good concordance of a text will make it much easier.

Similarly etymology doesn’t tell you what a word really means. Rather, it provides some options for what a word may mean. That’s why we have a named fallacy, the etymological fallacy, which refers to the improper use of cognate words as determining meaning.

Debates about linguistics and biblical languages were in a much earlier stage when I was studying, but I was able to observe this in connection with using Ugaritic. Ugaritic is a Semitic language that is closely related to Hebrew, but definitely not identical. After five years of Hebrew it was easy for me to learn.

In both cases, however, we had to watch for the problem of letting something other than the context determine the meaning. Words in Hebrew, Akkadian, Aramaic, and Arabic (among others) could give us a range of possibilities, but we had to work to interpret the text in order to get a good definition of a word in a particular context. (No, I was not one of the folks who interpreted these texts initially. My professor encouraged us to walk in those steps to develop our own skills.)

Thus the etymology, parallel languages, and summaries of word uses (word studies) all contributed to understanding, but none of them determined the meaning. That involved understanding the context.

Now suppose we’re looking at a New Testament word. What goes into determining the meaning of a word in a particular text? You need the known options. You also have to consider that a creative author can re-purpose an existing word. You need to understand the passage not just as a matter of the definitions of the words in the local context, but in terms of the author’s overall message. You could add to all these contexts a theological context.

Then you have to ask whether the author always uses the same word in the same sense. As an example, I suggest reading Romans 1-9 (if not further) carefully, looking at how Paul nuances the use of the word “law.” If you don’t watch his dance with that word, you will have a hard time coming up with a definition that will work. If you try to force something on the text from the outside, then you will miss what Paul is actually saying.

One of the negative results of studying biblical languages is that one can develop a tendency to study only the nuts and bolts. You spend so much time on specific words and even phrases or idioms that you lose site of the passage and its message.

That sort of careful study is essential. It provides the foundation for understanding. All comments about words not having singular, specific meanings should not give us the idea that we can do anything we want.

But once that sort of work is done, we have step back and read more rapidly, hearing the message in its broader sense.

In turn, we go back to the nuts and bolts and see if we understand them differently now that we’ve seen the overview.

Difficult? Time consuming? It can be. Yet each step you take builds your understanding of the text.

For more on word studies, see my post on Word Study Dangers, starting with Word Study Reprise, which links to the rest. 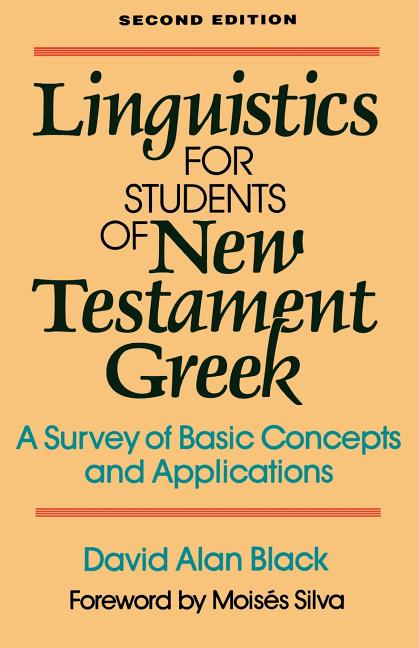 Ed Brayton, on his blog Dispatches from the Culture Wars, started a bit of an exchange over slavery and the Bible with his post Slavery and the Bible, which was answered over on In The Agora by Eric Seymour in his post Does the Bible condone slavery?. Just so you have the whole story, Ed…

In my entry Finding an Authoritative Translation I talked about ways in which a person who is not familiar with the source languages can nonetheless check for translation problems and at least be forewarned as to where translation may become an issue in Bible study. I indicated I was going to go back to talking…

I just posted my interview with Bruce Epperly about his new book Jonah: When God Changes on the Energion Discussion Network. I’m going to embed it here as well. I want to call attention to it along with Bruce’s next most recent (!) book Ruth & Esther: Women of Agency and Adventure. Sometimes we get…

I read Joshua 24, including Joshua’s farewell speech today. There are quite a number of texts in this chapter that are quoted regularly without any knowledge of their source or of the circumstances. One is Joshua 24:15 “… as for me and my house, we will serve the LORD.” Now there’s a pink elephant in the room,…

. . . in which, of course, I respond to chapter 6. I will post a directory to the whole series of responses, with the final entry, but in the meantime you will get the series by choosing category “Textual Criticism” in the right sidebar. There are other entries in that category, but all the…