… or any scripture, for that matter.

In graduate school I became progressively less interested in listening to sermons or in reading devotional items. While I was very interested in reading poetry, fiction and other non-technical materials, I applied a largely technical approach to scripture and theology. I say this to make clear that I preach to myself in what follows and not just to others.

I think there is a problem with academics interpreting scripture. It’s not true of all academics, but it tends to be stronger in those with both a fervor for the scriptures as religious texts and a strong technical background. People like that tend to expect direct, final answers. Things mean either this or that. One works very hard to make a clear presentation, properly argued presentation out of a text, whatever may actually be there in the first place.

Writers of poetry, on the other hand, may have other ideas in mind. They may be trying to evoke emotions, paint pictures, or energize a reader to action. Preachers also may have a different approach. I am a teacher, and tend very much toward the academic approach, and yet when I’m asked to preach I am not satisfied with an audience becoming acquainted with a set of facts. When preaching I want to evoke some form of commitment.

One of the best examples of this, in my opinion, is what Walther Eichrodt does to the text of Ezekiel 1. Ezekiel writes of the experience of a vision. He struggles for words, he moves through the picture. He is comprehending and presenting at the same time. I imagine that he is writing so close to the vision that he is under its influence. Eichrodt, though an excellent commentator whose work I much appreciate, guts the text, correcting the “error” and making a relatively ordinary description.

R. H. Charles, in his International Critical Commentary on Revelation, thinks that the latter part of Revelation became disordered (you can find his commentary, likely at a library, and read how if you want), and proposes a reconstruction of the text that makes it much more logical and orderly.

So what does all this have to do with Hebrews 4? Well, mostly that I got to thinking about it while reading that chapter, but also because there are terms in Hebrews that people want to place in an orderly structure when they are intended differently.

It’s critical, for example, to consider rhetorical structure and to look at the text broadly. Forcing the text into a known pattern can be fatal. As an example, now from Hebrews 4, there is considerable debate on the division of the presentation. Is there a major topical division between 4:13 and 4:14, or does this come slightly earlier? When does the next major discourse begin?

I would suggest it’s not quite so clean. The author of Hebrews likes to tie his text together with keywords. He likes to give glimpses forward at what’s coming up, and in turn tie what he’s currently discussion to earlier material. I would suggest considering the possibility that 4:14-16 is a kind of bridge, connecting 4:13 to 5:1. Because it isn’t purely a conclusion, since it leads to further discussion of this high priest, and it isn’t purely an introduction, people get into debates about what it is.

We also have changes in quality, such as was introduced in chapter 3. Jesus is not just better than Moses in the sense that one might hire a better steward who can do more “stewarding.” Rather, he is something different, the owner of the house (note the element of christology here), and not a steward (see particularly 3:5-6).

In the broader theme of Hebrews, it’s easy to get into the “the law of Moses failed to get us to do what is right, so Jesus is a better command-giver, evoking better obedience.” I’ll leave discussing this to other posts (perhaps!), but I’d suggest that what is in view is changing the quality of the relationship. In fact, this new quality is one that has been sought all along. No amount of running will turn you into a bird so you can take flight. No amount of doing will turn you into a saint. Being a saint consists of something qualitatively different.

As the argument develops, words shift meaning as their context shifts.

As we come into Hebrews 4, we have repeated uses of the word “rest,” and the question generally asked is just what does the rest (or specifically “Sabbath rest/celebration”) that remains to us consist of? Is it something that happens now or in the future?

Here’s a case where I think finding the one, clearly delimited answer is suboptimal. We have a pattern of “rests” presented. Our author is not afraid to draw on the story and bring us into it. There is the rest after creation (do you see the tie-back to 1:1-4?), then the rest of being in the land offered to the Israelites, and finally (or is it final?) a rest offered to us.

I’d suggest that the word rest here is as flexible as the story and the context. There is definitely a “now” rest to us. In fact, that is the rest of confidence in the One who is perfect. This is developed as the topic of priesthood moves forward. This rest is part of that very boldness in approaching the throne of grace. But there is no reason that this rest does not extend ultimately to the rest in the kingdom of God. No one-or-the-other choice is required.

I would note also that the word use for “to rest” (4:4) and “to give rest” (4:8a) are the same word and form used in different ways close to one another.

Which leads me to 4:12-13, in which we being with the word (logos) of God and end with the account (logos) which we must give to God. First, I find the debate over whether this is Jesus as the Word, with the follow-up debate over how closely it is tied to John 1:1-3ff in intent, to be slightly misguided. God’s Word is much more than your Bible, but your Bible reflects and provides God’s Word in its way and purpose. Is Jesus greater than the book? Yes, just as the one who provided the book is greater than the that which he provided (see the logic at the beginning of chapter 3).

I think that this Word is more than written scripture because of the context, but by nature it must include scripture. Just look at how firmly the author roots his presentation in the story of prior scripture. But because the author intends to establish Jesus a greater than what we have received by nature (1:1-4), it also must bring in this greater revelation here. This is an integral part of what is meant by Jesus as our High Priest.

I think the second use of the Greek word logos is our first pointer to the fact that the one who is perfect is Jesus, and only Jesus, and it is only in Christ that we attain anything. We are going to give back to the Word nothing but the Word. The account we give is Jesus.

I was struck by Dave Black’s note on Hebrews 4:14-16 from Wednesday on his blog. I extracted it to jesusparadigm.com, as Dave’s blog is a journal that doesn’t offer links to individual posts. (I have his permission.)

I highly recommend his post. It struck me because Hebrews is such a central part of my reading and study. There are those who claim I can’t get through an hour of study, no matter what the subject, without referring to the book of Hebrews. Within Hebrews, 4:14-16 has to be one of my most quoted passages in the book.

Dave talks about not going to our great High Priest first. That really struck me, because I think I don’t either. The other day I woke up in a cold sweat because I had dreamed about something critical going wrong. Now I’m working through quite a number of things that can justify worry, in a normal sense. I was telling Jody about my “awakening” and she just said, “Next time you wake up in a cold sweat, just remind yourself that Jesus has it all under control.” Jesus says, “Can anxious thought add a single day to your life?” (Matthew 6:27 REB).

I don’t intend to do less. But I’d also like to worry less. None of the problems I’m facing have been alleviated by my worry. Not one. 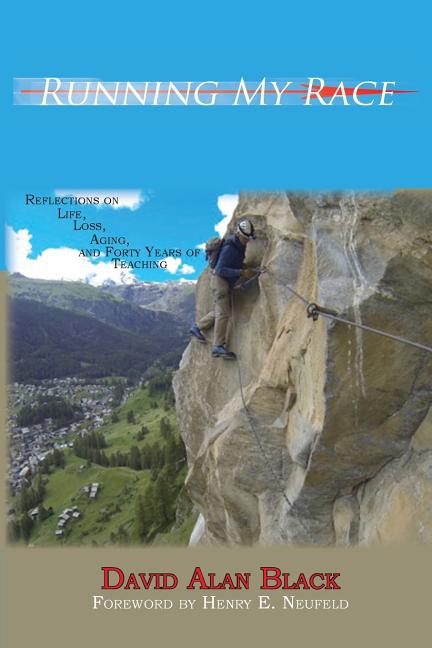 I want to make a short comment on this, and the use of λόγος again in 4:13. I’m not going to go through all the arguments. I’ve just re-read David L. Allen (New American Commentary), Luke Timothy Johnson (NTL), James Moffatt (ICC), and Craig R. Koester (Anchor Bible), and the combined number of references and arguments is really quite astonishing and excellent.

They differ on the referent of ὁ λόγος τοῦ θεοῦ. There are good arguments for using this as the “personified word,” and for not reading it as a reference to Jesus, but again, as I have time and again over the years, I end up disagreeing. I think this forms an excellent tie back to the prologue, which clearly outlines a high Christology. Now we have definitely been reading arguments taken from the written word, and references to spoken word (Hebrews 2:1-4). But the prologue points us to Jesus as God’s ultimate communication with humanity.

This, in turn, points us to Hebrew 4:14-16, which summarizes one side of the coin of the high priesthood of Jesus. Here we are told, based on the arguments of chapters 2 & 3, that we have a high priest who is able to sympathize with our weakness. He is our brother (2:11). This will be brought together with the other side of the coin in Hebrews 7:26-28, which tells us that his brotherhood with us does not diminish his status in all ways with God. But right here it’s the one who is our brother, who can sympathize with our weaknesses, who is the one to whom we must give account.

And there you can see how I think λόγος should be rendered at the end of verse 13. I think we do have a play on words, but we should also look beyond a gloss or even a simple dictionary definition, and note that Jesus is giving an account to us of God, while we give an account of ourselves to God. Except not so much. Because we have such a high priest who is able to take us all the way in to the throne of grace.

This doesn’t take the written word of God, nor the word of God spoken by the prophets or apostles out of the equation. Wherever God’s word is, it is “alive and active,” but its ultimate representation is in the person of Jesus. To the question, “Is this the written word of the prophets or is it Jesus?” I’m saying “yes.” But mostly Jesus, because that’s where our author is pointing us everywhere.

Jesus does not replace the written word. Rather he completes it. The New Testament doesn’t supersede the Old. It builds on it. If you’ve read Hebrews thus far, getting to the end of Chapter 4, you’ve experienced the work of someone whose respect for the Hebrew Scriptures is very great and shows clearly through. One should remember this when one gets to passages that talk about something old vanishing, such as Hebrews 8:13. The very foundation of his argument is not vanishing.