A friend of mine was describing me as a Bible student, perhaps too kindly, to her ladies’ study group a few weeks ago. They were examining a quilt. She said, “We look at the quilt as a whole, and think it’s pretty. The person who made this saw it as patches to be sewn together. Henry would study it thread by thread.”

I’m not sure that’s true-in some ways, I hope it’s not! But let me describe this three volume commentary on Leviticus by saying that if I study the Bible thread by thread, Milgrom studies it under an electron microscope.

The only possible adjective for this commentary is “incredible.” It is not just long (2,468 pages of text), but it is packed with useful information, well organized, with the details of the process used in coming to understand the text laid out for examination. A book can be long but not informative. This one uses its space effectively to contain useful information.

So what does it include? Milgrom diligently examines each issue in the book of Leviticus starting with a broad range of Ancient Near Eastern parallels. He regularly cites Ugaritic, Eblaite, Egyptian, Hittite and Akkadian parallels, with occasional references to other ancient cultures. Each of the parallels is examined for what is not similar as well as what is similar. He then surveys usage within the Hebrew scriptures, Jewish commentary, various writers such as Philo (frequently) and Josephus (occasionally), the Talmud and even the New Testament. Medieval Jewish commentary is cited extensively, and the views of the Qumran community and also the Karaites are not neglected. A broad range of the history of modern commentary rounds out the background. He responds carefully to key points, selecting the most important views on each issue and responding to them point by point before providing the solution he sees as most probable. He is not afraid to change his mind along the way. In fact, there are citations in the second and third volume of items in the first on which he has changed his mind due to new evidence or new arguments.

The commentary is based on the author’s translation of the Hebrew text, and issues are dealt with from the Hebrew. All non-English material is translated, so a student can use the material without being acquainted with the languages in question, though a good survey knowledge of Ancient Near Eastern history is very useful, in particular covering the relations between the various cultures and basic information on the discovery and use of the literature available from that culture.

A good background in the basics of various critical methodologies would also be helpful, especially source and redaction criticism. There will be much information that is not usable unless you understand the methodologies involved. If you do have an introductory knowledge, simply following the arguments in this commentary will be a valuable means of honing your skills.

Some indication of the value of this commentary and the research its author has done is indicated by the rate of citations. After completing my reading of this series, I began reading the commentary on Numbers by Timothy R. Ashley, in which more than a full page of the select bibliography consists of works by Milgrom.

You have to be serious to make use of this work, but you do not have to be a linguist. I have already noted that everything is translated. As in all Anchor Bible volumes, the material in source languages is transliterated for use of the English speaking reader. With some judicious use of the index, much material will be readily accessible. I would recommend starting from the comments and introductions (both volumes I and II contain introduction sections). These sections summarize Dr. Milgrom’s conclusions on key issues and provide information that is scattered through the notes.

One critical issue in this entire series is the dating of Pentateuchal sources. Milgrom parts from much of critical scholarly opinion in dating the P source to a relatively early date, probably in the milieu of Shiloh, the H source (seen by some as part of P) to the time of Hezekiah or a bit earlier, and D to the more standard date of the years leading up to the Josianic reform. With this dating almost the entire Pentateuch, with the exception of a few notes emphasizing the place of the Sabbath in worship and so forth, existed in very nearly its present form prior to the exile. I have long doubted the reasons for a late dating of the P source, but had never had the knowledge or skills necessary to back up what was just a sneaking suspicion. Milgrom provides extremely strong evidence (Vol. I, pp. 13-35 “On the Parameters, Date and Provenience of P”). He continues this process with H (Vol. II, pp. 1319-1367, “Structure, Vocabulary, Extent, and Date”).

Another feature I appreciated greatly was the study of structure, including chiasms and parallel panels, along with vocabulary usage-counting the use of particular terms in relevant sections showing the care, especially of H, in using structure to support and emphasize the content of his work.

I am not nearly skilled enough to technically critique all the material, except to say that it is at least a step above the ordinary commentary on the Hebrew scriptures.

The only weakness I noted was not the author’s doing. The proofreading of the transliterated blocks of Hebrew text often left something to be desired. Numerous instances of misdivided words and letters left without the proper diacritical marks sometimes made it hard to read the text efficiently. Having dealt with publishing a book that included transliterated text I can easily imagine the difficulties involved in getting the quantity of text presented here properly proofread and corrected. Nonetheless it was a frequent enough occurrence to be annoying.

Christian pastors will probably not find this book contributing immediately to their weekly sermons, but if they are teaching from the Hebrew scriptures, they will find much depth here. I believe the average pastor can benefit from this by looking up material on specific passages or issues. Those who know Biblical languages will benefit much more, of course. This commentary is not designed to be homiletical.

I approached this commentary by reading all three volumes through alongside the Hebrew text. For me, that experience was exceptionally rewarding, and I have found quotes from Dr. Milgrom and also quotes of other authors I first encountered in his citations slipping into my teaching and preaching with regularity. I will forever be grateful to Dr. Milgrom and his publishers for this wonderful tour of Leviticus. 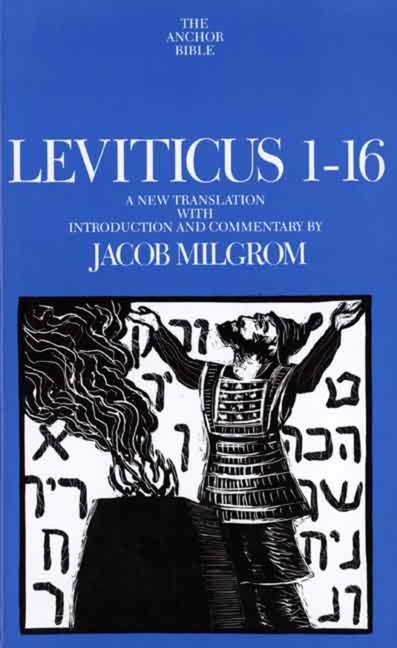 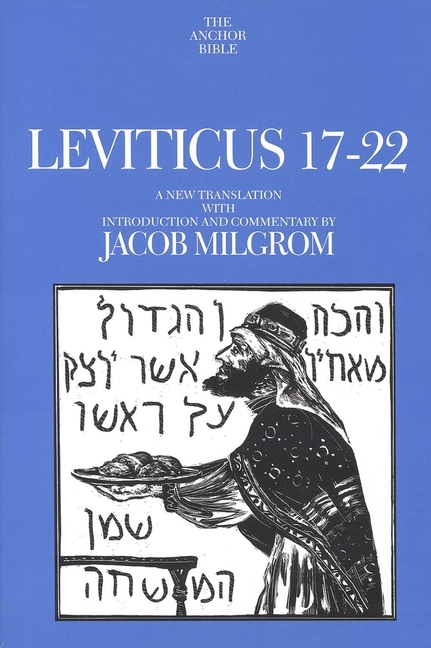 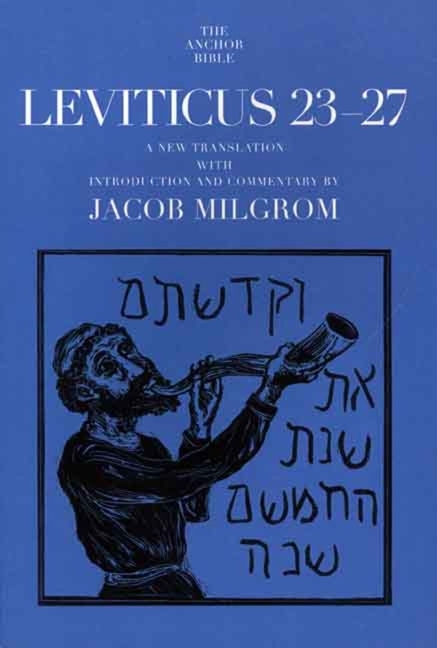